Bosses at a charity for children with cerebral palsy are mourning the loss of their founder, Forces’ Sweetheart Dame Vera Lynn, following her death at the age of 103. The late singer, songwriter and actress, famous for entertaining British troops overseas during the Second World War, was a renowned philanthropist all her life. 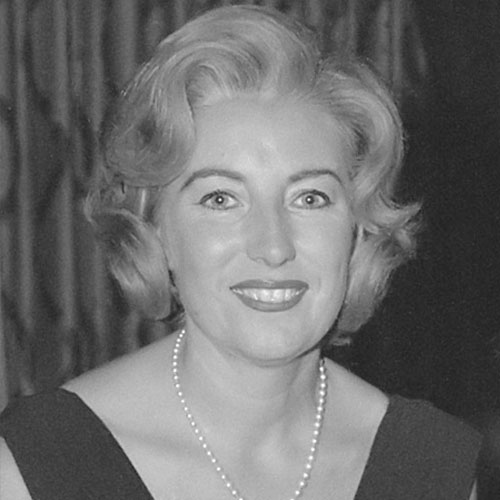 Launching the Dame Vera Lynn Children’s Charity in 2001, to support youngsters under five with cerebral palsy and other motor learning conditions, and their families, the charity’s aim was to give families the skills and support to continue their children’s development at home.

She used her fame to bring joy and help those in need and was chairperson and president of numerous charities from 1953 onwards, when she formed her first charity, SOS, for people of all ages with cerebral palsy.

Dame Vera, who passed away on 18th June at her East Sussex home, was renowned for her heartfelt songs that boosted morale during the dark days of World War II. Her most famous song was We’ll Meet Again, hailed as an “anthem of hope”.

She toured India, Egypt and Burma to sing at live concerts for the troops as a member of the Entertainments National Service Association. Dame Vera last performed in April, in a duet of We’ll Meet Again with mezzo-soprano opera singer Katherine Jenkins.

They released their single in aid of NHS Charities Together to support Britain’s brave health workers in their fight against COVID-19. The duo performed a virtual duet as a sing-along for the We’ll Meet Again VE Day 75 concert on 8th May this year.

Dame Vera was vibrant and enthusiastic all her life when it came to helping others. On launching the Dame Vera Lynn Children’s Charity, of which she was president, she said, “Early intervention is key to helping young children with cerebral palsy and other motor learning conditions gain a solid base from which they can develop their independence and self-esteem in later life.

“This is why I was determined to ensure this service could continue in my home county of West Sussex and support families from across the South East. I am so proud of how far the charity has come and all the work it does to support our families.

“It makes it all worthwhile when the children we have helped get in touch to tell us what they are doing and achieving as adults.”

Since the charity was first established, it has helped more than 600 families. Each year, 1,800 children in the UK are born with cerebral palsy. Over the past year alone, the charity has provided 1,200 hours of hands-on support and 275 hours of outreach support for families.

Cerebral palsy affects movement, posture and balance, as well as communication, cognitive and social skills. It can be caused by an injury to the brain. In order for children to learn and develop physically, emotionally and socially, early intervention is important to shape the independence that they can achieve in later life.

Dame Vera founded her organisation after the national charity, Scope, announced it was no longer able to fund its School for Parents network in late 2000. The facilities provided support for parents who were raising a pre-school child with cerebral palsy or other neurological conditions.

She understood the importance of early intervention and was determined that the local School For Parents, at Ingfield Manor, West Sussex, would remain open. Together with her friends, she raised enough funds through the Bluebird Appeal to save the school, as well as making more people aware of cerebral palsy.

If it wasn’t for Dame Vera, many children would have missed out on an amazing start in life. Her charity continued to partner Scope to fund services at Ingfield Manor until Dame Vera’s charity moved to a new base in Cuckfield, West Sussex, in 2017.

They continue to offer services for local families, raising awareness for people with cerebral palsy and other motor learning impairments, despite receiving no statutory funding. The charity relies on donations from individuals, companies, charitable trusts and community groups.

Following her death, tributes have poured in from all over the world for Dame Vera, whose legacy will continue to help children. Charity vice-president, composer Sir Tim Rice, said she would be remembered affectionately for her vital work, not only during the Second World War, but also for her own charitable foundations.

To find out more about how to help the charity, or to send condolences following Dame Vera’s death, email info@dvlcc.org.uk, or send a donation directly to the Keep Smiling Through Appeal set up on the Just Giving crowdfunding site.

Kinderkey’s products can support people with disabilities – our beds and safe sleep solutions for people with cerebral palsy include many features that enhance comfort and promote a better night’s sleep.

Please contact us for details of our products or to arrange a home assessment.