Giant Steps Towards a Parkinson’s Cure

Scientists have made a major step forward in developing a cure for Parkinson’s. A new nasal spray, delivering medication directly to the brain, has been hailed as a significant breakthrough in treating the disease first recognised in the 19th century.

Parkinson’s causes progressive damage to parts of the brain over a period of years. This leads to a reduction in dopamine in the brain. The neurotransmitter plays a crucial role in regulating the body’s movement. Without it, Parkinson’s can develop, causing slow movement, involuntary shaking and stiff and inflexible muscles. 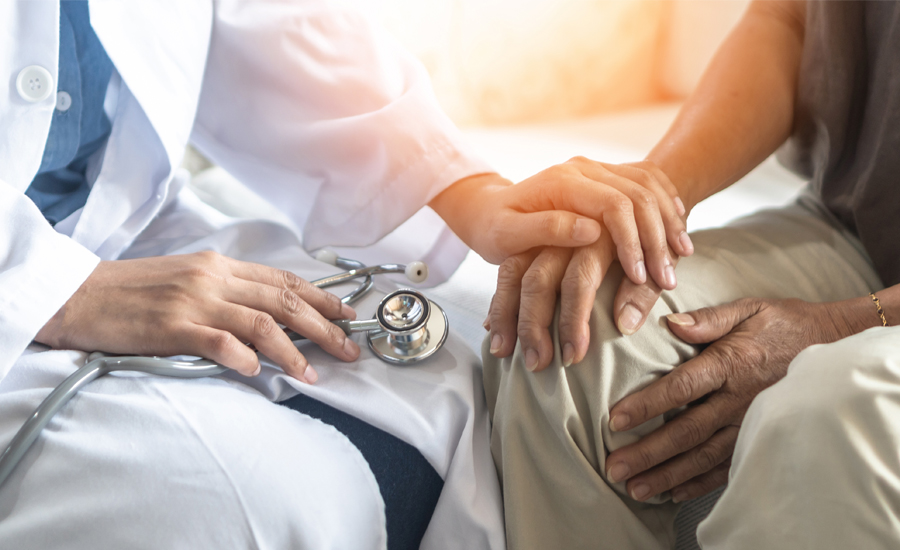 The nasal spray will be loaded with the medication, levodopa, which was developed in the late 1960s to treat Parkinson’s. Levodopa helps people with Parkinson’s by converting to dopamine in the brain. This helps to make up for the deficit in cells producing dopamine naturally.

Levodopa is already used in medication, but over long periods of time, it can become less effective, leading to a need for larger doses. With repeated use, the body begins to break down the drug before it reaches the brain, where it is needed most.

The research was carried out by scientists at the University of York’s Department of Chemistry. Prof David Smith, part of the team who carried out the research, said in later stages of Parkinson’s, the levodopa must be injected, rather than administered in tablet form, to make it more effective.

Studies into nasal sprays have been on the radar for some time, as it is a more effective means of delivering the medication. It has a direct route to the brain through the nerves in the nose. The challenge was finding a way to make the levodopa adhere to the nasal tissue so it could release a large enough dose. Scientists created a gel containing the levodopa that will flow into the nose as a liquid, before turning into a thin layer of gel within the nose.

A research team at King’s College London tested the gel on animals and found the levodopa was successfully released into the blood from the gel, reaching the brain as anticipated. This enabled an improved level of uptake into the bloodstream and the brain.

The nasal spray represents a big leap forward in treatment for Parkinson’s. The medical profession has struggled to find an effective treatment for around 200 years. The first medical description of the symptoms was written by James Parkinson, an English surgeon and apothecary, in 1817.

In the mid-1800s, the French neurologist Jean-Martin Charcot refined and expanded the information relating to Parkinson’s disease. He separated it from other disorders characterised by tremors, such as multiple sclerosis.

The early treatment of Parkinson’s was based on anti-cholinergic drugs in the 19th century. Acetylcholine is a neurotransmitter that transfers signals between cells to influence how the body functions.

The discovery of dopamine deficits in Parkinson’s patients in 1960 led to significant advances in its treatment. The first human trials of levodopa in 1961 produced inconsistent results. However, the trials continued throughout the decade.

In 1967, the effectiveness of levodopa was finally proven. Scientist and Harvard Medical School graduate George Constantin Cotzias and his colleagues reported a dramatic improvement in Parkinson’s patients who received levodopa orally over long periods in increasing amounts.

Research will now continue into the new nasal spray. Prof Smith was optimistic with the early results, explaining, “The gel gave the drug better adhesion inside the nose, which allowed for better levels of uptake.”

The team is working towards incorporating levodopa into nasal spray devices. They will then progress to clinical trials on people. It is believed this approach might also aid people who have other neurodegenerative diseases, such as Alzheimer’s.

The secondary benefit of levodopa is that it can improve the sleep-associated symptoms that can cause insomnia. Sleep disorders are among the most prevalent non-motor symptoms of Parkinson’s. Unfortunately, insomnia and sleep behaviour disorders can increase over the course of the disease.

The networks regulating the sleep-wake cycle are disrupted as the disease progresses. Finding a means of alleviating these sleep problems can enhance the daytime alertness of people with Parkinson’s and improve their overall quality of life.

Studies of people with Parkinson’s have revealed 81% wake frequently during the night and experience fragmented sleep, 40% say they have insomnia almost continually and 18% have intermittent insomnia. The use of Ropinirole medicine, combined with levodopa, “significantly improved” these issues in several different studies.

People with Parkinson’s normally employ sleeping solutions, such as specialist beds, to improve the quality of their sleep and reduce the risks of injury by falling out of bed.

Prof Khuloud Al-Jamal, of King’s College London, where further research took place, confirmed that the nasal gel performed better than a simple solution. The uptake was better than in cases of intravenous injection of the drug. “This suggests nasal delivery of Parkinson’s drugs, using this type of gel, may have clinical relevance,” he concluded.

Scientists believe there may not be a single cure for Parkinson’s, because it varies from person to person. They suggest a range of different therapies may be more suitable for meeting the needs of the individual, depending on their specific symptoms.

The treatment might include medication, therapies and strategies to slow down or stop the progression of the condition; replacing or repairing damaged brain cells; managing particular symptoms; the diagnosis of Parkinson’s as early as possible; and lifestyle changes involving diet and exercise.